[Verse 1]
This ain't a verse, this some shit that I wrote
It ain't rehearsed, I'm just gonna go with the flow
Because this is real, this ain't a single for the damn club
This for the club promoters and the die hards with their hands up
For the people that told me four years ago that I wasn't gonna be shit when I played the a couple songs I wrote
Anyway that you wanna, I'm a fucking living legend but my public persona
This same shit you're gonna see me if you approach me on the street
I'm instrumental to the game, and I make the beats
I just next leveled you on the timing and the rhyming
When you look up in my eyes you only see what I'm not hiding
Damn, so real they don't want it on the album, they just afraid of the outcome
Ayo, rain brought me out son, 900 thousand, but I'm still here sleeping on the damn couch son
Respect a fucking legend when he's speaking, momma gave birth to the game and his fuckin name was Meekins
Girls that might be underaged trying to send me pictures of their tits
Record labels that want me to sell out so I can make them rich
So I don't understand how it makes me a bitch, if I don't spend 24/7 on Twitter and shit

[Verse 2]
Everydays the same in my life, I'm just grinding to live my dream in the spot light
I don't give a shit about, I rock mics, and I live to hold you down when I write
Mad people didn't believe that I was good at this shit, but the wheel stay spinnin' like good rich bitch
Cause Common told me that slow motion was better than no motion, I gotta stay focused on the hooks and shit
But fuck that I'm a king that deserves a crown, whole city gotta hold me down when I'm around
They know I'mma put them on and thats love, if you ain't about that shit then we fuck you up
They say, "Cam won't do it, he ain't got what it takes" truth is I was waiting for those dudes to fade away
Gotta long term plan and I'm here to stay, something like MJ to the NBA
Got flows turning midi to keys to MPs, got heart but your MP3's is empty
Your girl come around and ooh she tempt me, hopped out from the train and peel the ? UH 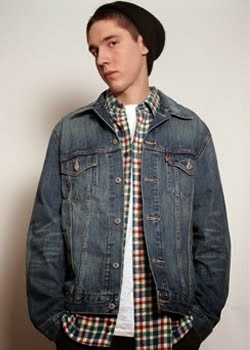